Tips to stay safe after the storm 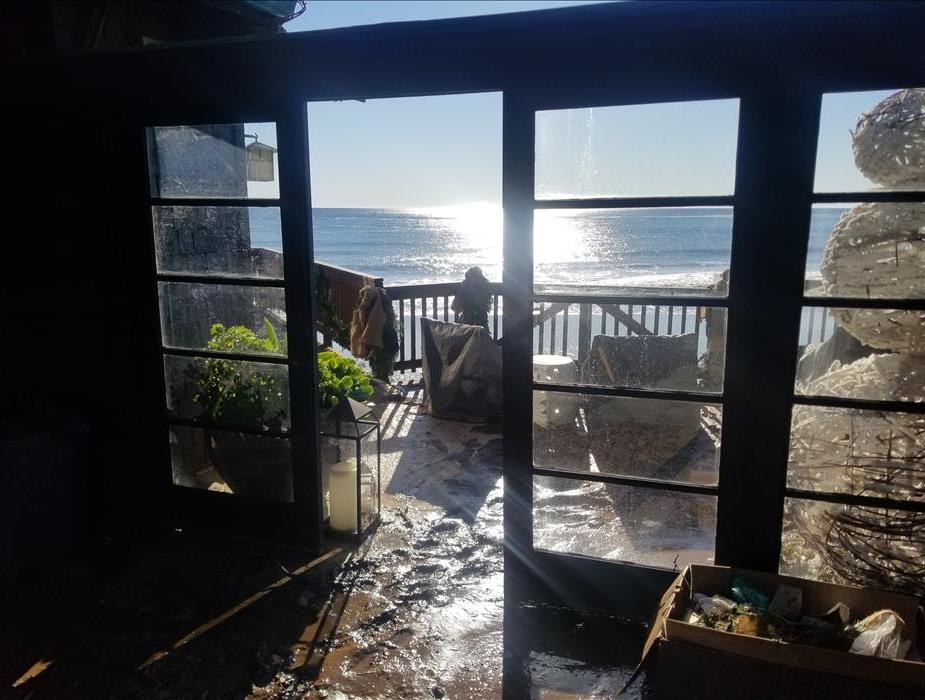 Storm created a mudslide that caused damages to the structure

A storm can be a devastating experience but the aftermath can be equally destructive. Even after the tumultuous winds have subsided, the torrential rains have ceased, and the lightning has died, the danger remains. There are unimaginably harmful situations that persist until the restoration work is not over, inside homes as well as outside.

Standing water is a common phenomenon after the hurricane has passed. Flash flooding commonly accompanies a hurricane and can knock down power lines. This allows for electrical currents to pass through the ground and standing water. It is imperative to avoid wading or driving through stagnant water as it could be hiding a sinkhole trap or an electrocution threat. These puddles of standing water are also breeding grounds for bacteria and mosquitoes and may contain sharp objects that can be seriously harmful.

Ideally, gas pipes should be turned off in anticipation of mudslides, especially if it’s unlikely to be used. Any smell of leaking gas must be followed by an immediate switching off of the home’s main gas valve. A burst gas pipe could lead to highly toxic air inside the house and entails severe damage to life and property.

After a storm dissipates, there may be power outages lasting for a while. The use of generators is not uncommon. However, carbon monoxide (CO) is a threat that homeowners must watch out for when the use of generators is rampant. CO can replace the oxygen in the air quickly and can lead to suffocation and death. It is crucial to keep the generators at a safe distance from windows, doors, vents, and garages that are attached to the house. A CO detector comes in handy as it can raise an alarm before CO could pose a threat.

There is a likelihood of power loss after a hurricane. This means that the electronic filtration system that cleans the district or city’s water is non-operational. Therefore, the tap water is no more safe to drink, clean, or cook with. One of the main items on a hurricane preparedness checklist is storing bottled water. If the list has been followed, the availability of clean and safe water would not be an issue.

After a hurricane, debris such as fallen trees, roof tiles, window panes, and many other materials pose a hazard. Sharp edges or rusty nails in these items can prove dangerous. If the debris has been spotted, it's advisable to steer clear of it and not take any risks, especially as all medical centers will be overwhelmingly crowded and busy.

Homeowners must return home after an evacuation only when it is deemed safe by the authorities. Stay updated about the evacuation procedures on local news channels, the status of the areas of concern, and the return of power. After a hurricane, returning to normal life takes time.

In case the homeowners remain in the house during the hurricane, they must check for damages and protect themselves and the house from any further harm. For instance, a broken window or a leaking roof can be temporarily repaired by the homeowners to the best of their ability. Any material procured for these repairs can be claimed during insurance. Keep a record of all the receipts of expenses made during this time.

SERVPRO uses state-of-the-art equipment to bring the damaged property back to its original state. The SERVPRO staff is highly trained in property damage restoration. They receive initial in-house training and constant skill up-gradation at the corporate training facility and also acquire the regular IICRC-industry certification.